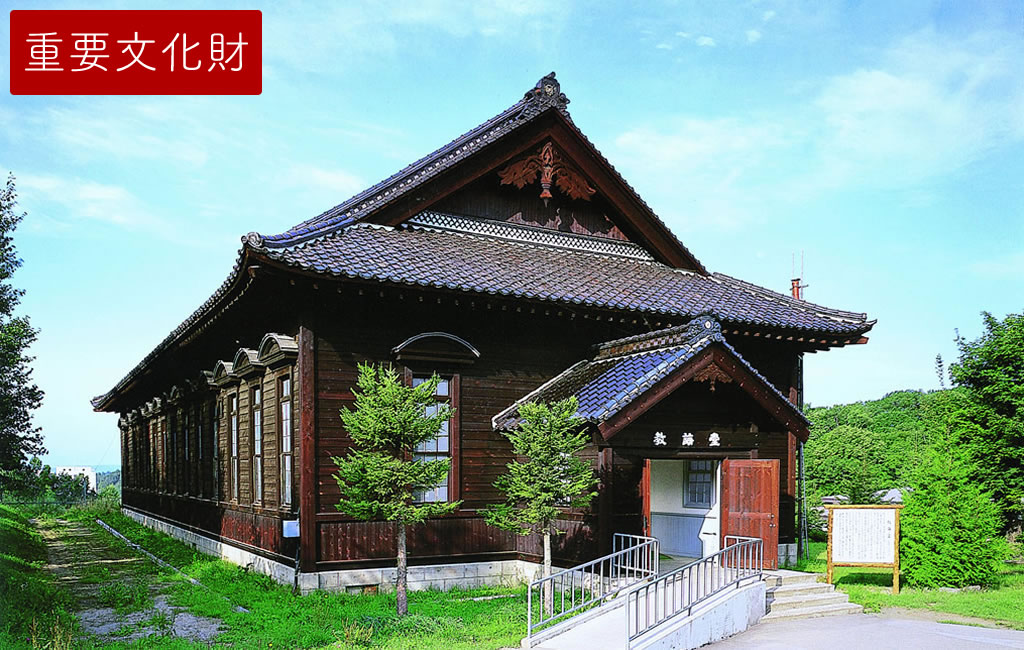 In this hall, lectures were given to inmates to provide spiritual relief and religious teaching, as well as to cultivate their moral character. Christian ministers and Buddhist monks preached moral principles to inmates, endeavoring to reform them.
According to a story passed down from generation to generation, the inmates put all their heart and soul into completing the Lecture Hall.
The half-hipped roof is made of roofing tiles called sangawara. The roof framework was built by using large-span queen post roof trusses in which king post trusses were placed above two-tiered transverse beams. The bottom beams in the roof framework and posts were secured by using angle braces. Consequently, a large space without posts was created in the Lecture Hall.
The Lecture Hall is floored in wood. There are small rooms on the side of the stage and on both sides of the hall. The walls in the hall are finished with a plaster-like white material, and wainscoting is used. The ceiling is double-corniced, and three round ornaments are placed at the center of the ceiling. Clapboards and wainscoting are applied to the exterior walls, and posts are exposed at the four corners. Each double-hung widow has a comb-shaped pediment. The roof rafters that make up the eaves fan out at each corner where the eaves are bent upwards. A unique fish-shaped ornament with fins and a leaf design, or a sacred fish called hiretsuki gekyo, is attached to the gable. This building blends Japanese and Western designs and techniques. The design details of this building attest to the Ministry of Justice's high level of technical expertise in architectural design and construction when the building was built. 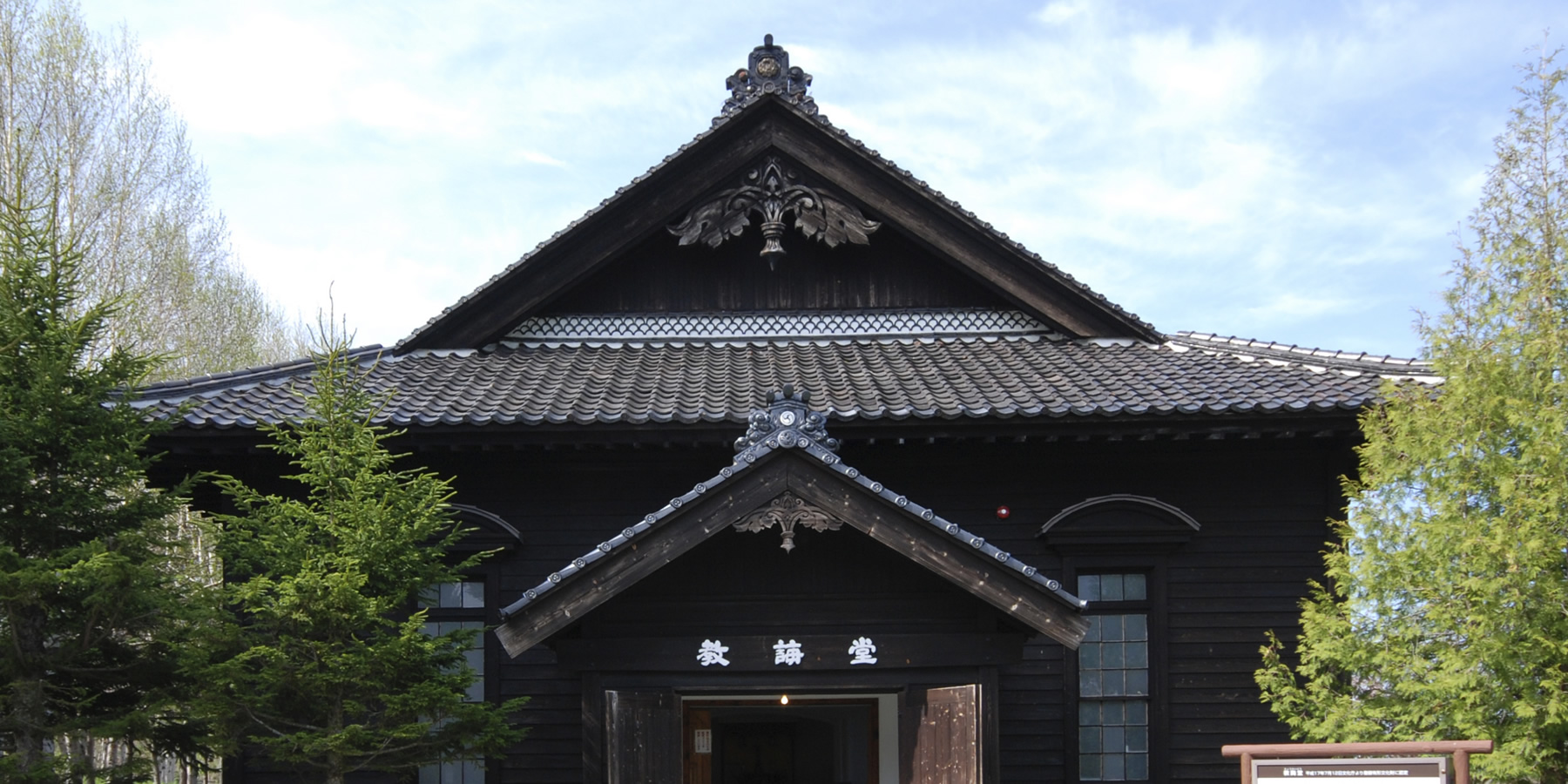 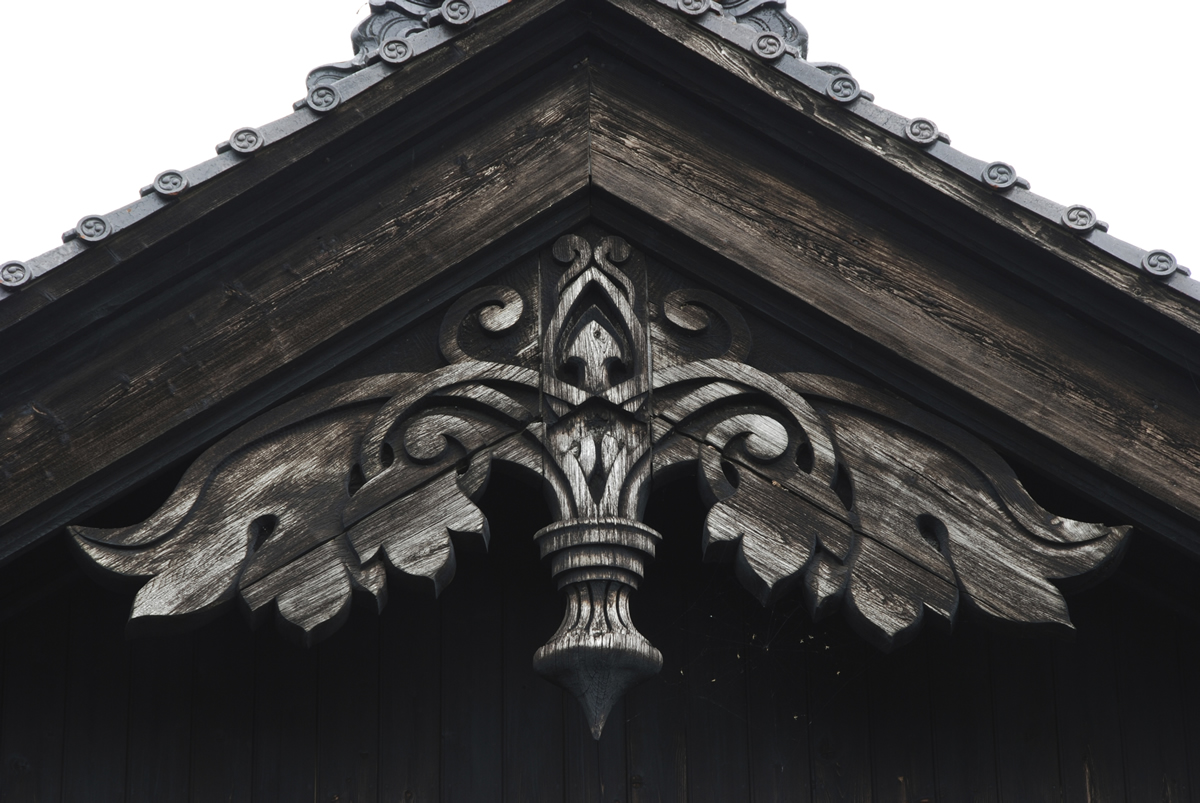 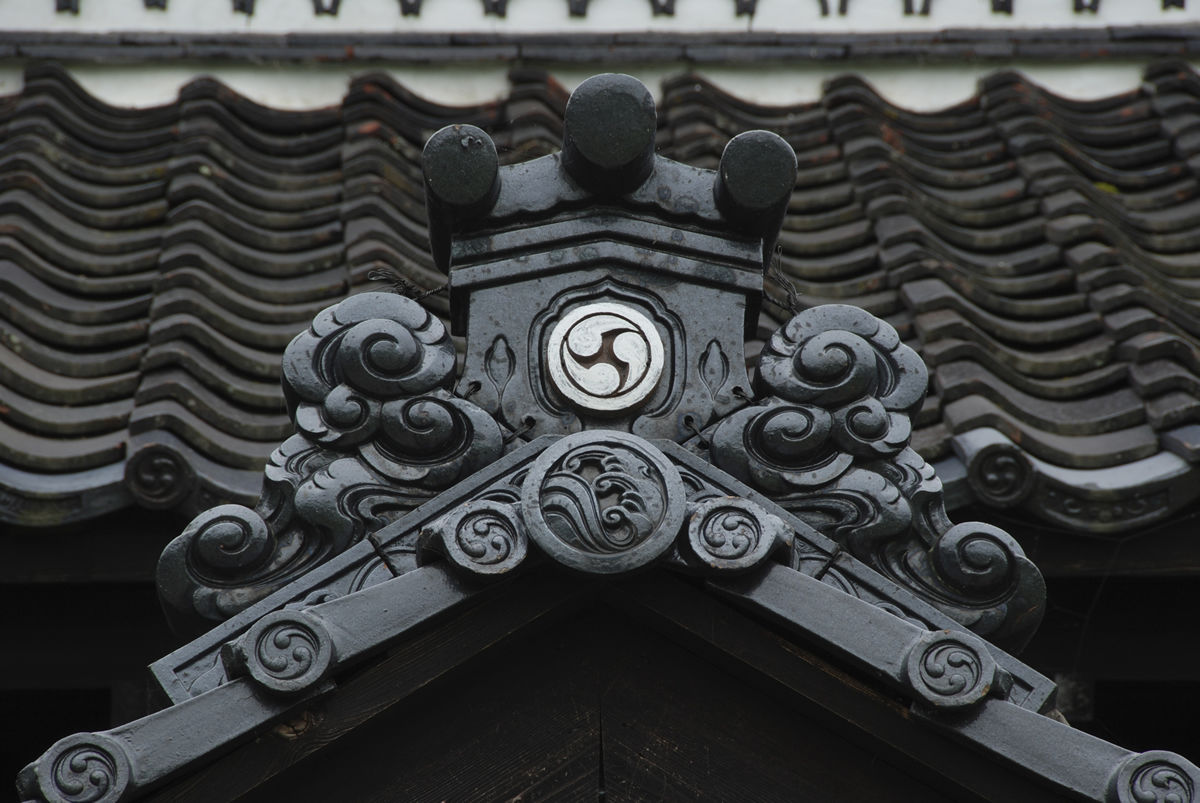 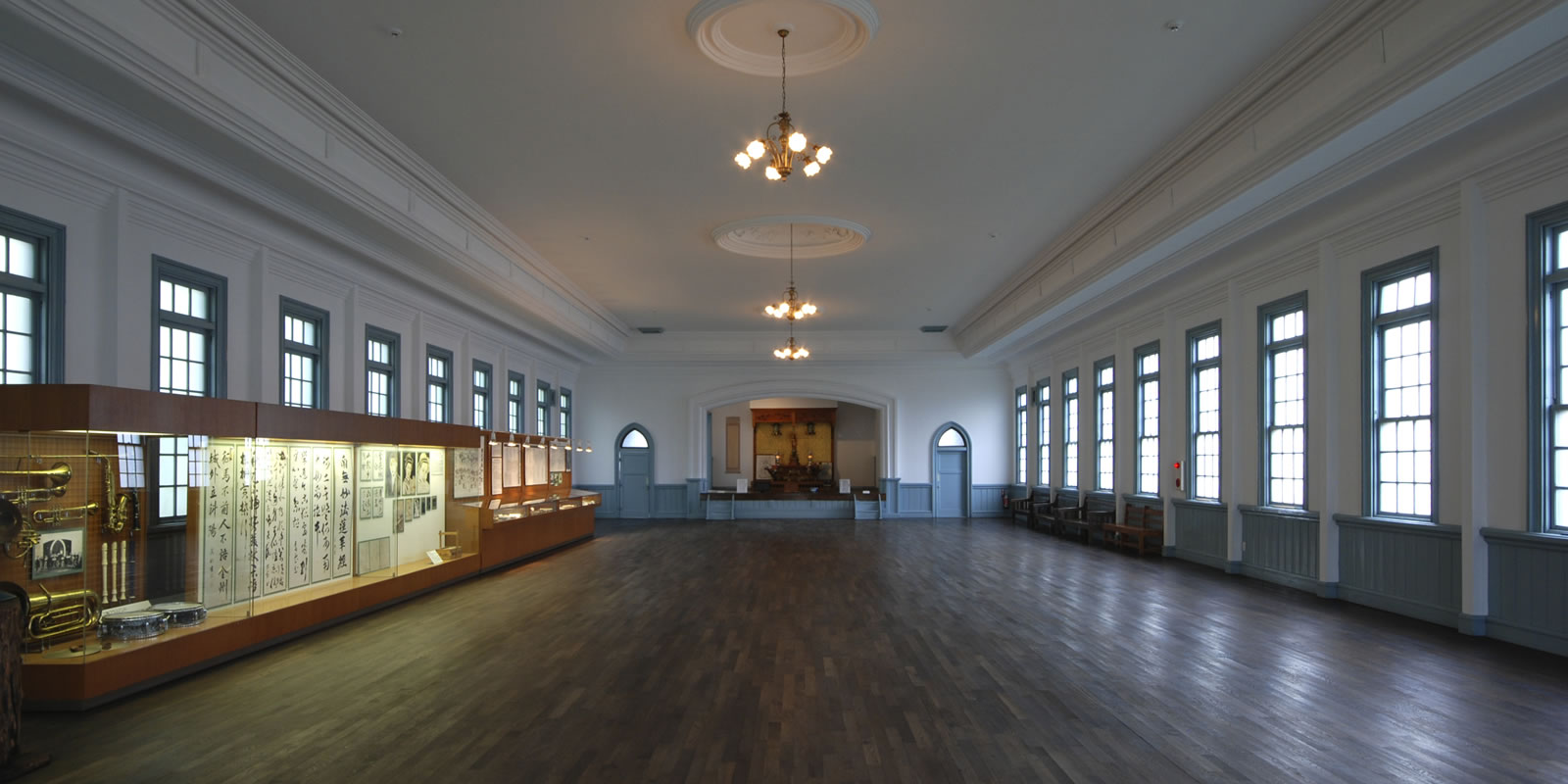